Wondering why the value of records can vary drastically and how to value your own collection? This guide will dissect everything you need to know on vinyl records' value

It is no secret that vinyl records’ value can vary drastically. From $1 thrift store records to the record-breaking $2,000,000 copy of Wu-Tang Clan’s Once Upon a Time in Shaolin, it is fair to say the range is huge. With the popularity of vinyl records resurging in the past few years, more and more people are looking at coherent advice on how to value their records to ensure they don’t get shortchanged or miss out on any hidden gems when they are crate-digging.

We took the time to seek expert advice from record dealers and collectors to create the most comprehensive guide on valuing records, diving deep into databases of historical record sales, reviewing every single other guide on the web and brushing up on our Economics 101 along the way.

So without further ado, let’s set the record straight!

What Determines a Records’ Value?

When determining the value of records, or anything for that matter, two things come into play: supply and demand. Finding out the exact value of a vinyl record is, however, a complex ordeal and there isn’t an exact science behind it.  There are so many factors that affect the supply and demand of a record and hence its value (with some of those factors even changing overnight). It is, therefore, very important to understand how each factor affects the value of the record and what emphasis it can have on the final price.

Let me start by saying this, older records are not more expensive than newer ones. As much as it can be obvious, it is quite a common misconception.  If you are an audiophile who has been digging for records for some time now, you have probably come across records that are some 70-80 years old that only sell for a dollar or two. It is true, however,  that the most expensive records are older, take [give examples] as an example. There are so many other factors (which we will get into) that are giving those vinyl records their rocket high prices, and age is not one of them.

That being said, older records for certain artists will tend to be more valuable, usually ones that were released before the artist had their breakthrough to the mainstream, but that’s because there are usually a lot less presses of these records and hence a very limited supply.

Overall, the age of a record may result in a limited supply of records but, in the vast majority of cases, it also results in very low demand resulting in almost a negligible effect on the overall average price of a record.

It is safe to assume that the artist behind the record will have a significant impact on the value of the record. In fact, it is the single factor that contributes the most to the demand of a record as more people want to own the records of their favourite artists. However, one thing that we need to be precise about when valuing a record is when was the artist popular:

Overall, you can expect to get more for records by more popular artists. Keep it in mind though when was the artist popular as that can significantly impact how much you can potentially walk away with.

The conditions of records is widely determined by the Goldmine Standard which classifies records into one of few categories: Mint, Near Mint, Very Good Plus, Very Good, Good Plus, Good, Fair, Poor.

It goes without saying that the condition of a record will have a huge impact on its value with everyone preferring the buy record in their original condition; Mint. Considering the perishable nature of vinyl records that aren’t well-cared for (think of aggressively tuned needles, oil and dust deposits on the playing surface, and storage out of covers etc..); the vast majority of old presses of vinyl records are of poor or fair quality.

A Mint condition record will generally sell for 20 to 50 times of the value of the Poor record assuming everything else remains the same.  A fair or poor quality record can, however,  still get a relatively high price compared to one in mint condition if the scarcity and demand are solid. However, most people collecting rare records would prefer to hold off the purchase until they find a good quality version of the record they want, even though they will have to pay more for.

Now moving onto the supply side of the equation, the most significant factor in determining a records value, Scarcity. Simply put, scarcity is a measure of the availability of something, in our case the number of available copies of a record.

When it comes to records it is the availability of a specific copy of that record: while thousands of copies of The Beatles’ White Album were pressed, only one belonged to Ringo Starr and bore the serial number ‘0000001’, and hence the $790,000 price tag.  Now there are many factors that determine the number of available copies of a record which we will touch on here.

In the past when vinyl records were the sole way of distributing records, the processes of creating a record, distributing and maintaining a supply of it on the different retailers’ shelves, resulted in many different presses and releases with varying quantities for each.

At the top of the chain lies the rarest breed of records: acetates and test pressings. Both are pressed for the in-house use of the artists and the label and for limited promotional distribution before deciding to go ahead with the stock pressings or go back to the studio to re-work it. Acetates are hand-cut versions or the record which are produced by an audio engineer, these are then used to create the stampers which are used to mass produce the records for production. Acetates therefore command the highest prices of any records, assuming their condition is good as they tend to wear a lot more significantly than stock pressings. Test pressing on the other hand are the very first records pressed by the stampers to test their quality. Whilst more common than acetates, they are still some of the most expensive presses of vinyl records.  In instances where the records are re-worked, the original acetates and test pressings can then have even higher values.

Now once all is done and agreed, stampers are used to create records for mass production. And although these are the most common records, scarcity still plays a huge factor for a number of reasons. The most obvious of these would be Limited Edition records whereby labels release a limited number of records, these would always sell for more than freely available records of the same artists.  Similarly, some records had a limited number of records pressed on coloured or picture discs rather than the standard black vinyl which makes them rarer and thus pricier.

Another aspect which can make a stock pressing rare is if the records were withdrawn. This usually can happen for many reasons;  artists or labels decide to withdraw released records for re-work sometimes or resellers refusing to sell the records for controversial artwork or content. Withdrawn versions of popular records can therefore rack in huge amounts due to their innate scarcity. Check out this copy of The Beatles’ Yesterday and Today selling for $125,00 due to the ‘butcher’ artwork which was soon withdrawn after its initial release.

Now though some records can be hard to get hands on, labels do often keep their ears to the ground to gauge demand for certain records and as they become scarce enough to drive the price up, they would re-issue the record to capitalise. This will have a negative impact on the scarcity of the record and will drive its price down although the original releases may still collect several times the price of the re-issues.

Other factors that can influence the scarcity are if the records are still sealed, if they are autographed by the artists themselves or if they have the original pictures and posters inserted in the records. All these factors can massively spike the price of vinyl records.

How to Value your Records

Now knowing all of this, you should now be able to spot which records you come across, whether that’s when crate digging or in your own collection, are worth more or less money. But unless you have a good indication of the general price the record actually has been selling for, you can still be a little lost. In here, we go through what resources are available to you to value your records even more accurately.

The first step in figuring out the prices of a record is to identify the release information. As outlined earlier, each record will have multiple releases so it pays to find out the exact amount records within the same release have been selling for if possible. One of the following should be enough in identifying a records release information: The catalog number, barcode or QR code.

Evaluate the Condition of your Record

As mentioned above, the condition of a record can have a significant effect on the records value. To find which of the Goldmine standard categories your record might fall under, check out this guide

Open source databases that collate the sales history of records are a great place to get a starting pricing point for your record. Just remember that this is just a starting point and that you will have to consider all the factors we discussed earlier on to refine the price further and reach a more reflected tag for the value of the vinyl at hand.

Now several databases exist. Discogs is the most popular and it is also free. Additionally, they do have a feature that allows you to find the prices of an entire collection much quicker so we do recommend them if you are looking to value a few records at once.  Alternatively, Popsike has quite a comprehensive database of second hand sales including sales on ebay and the like. However, you will have to pay if you are going to value multiple records.

There you go, now you can go ahead and value records like an expert collector and record connoisseur. Just find the rough price the record in mind has been selling for and then consider how each of the factors discussed above can impact the value of your record. You can also check out our list of the most expensive records sold, worth a whopping $4.5 million combined. 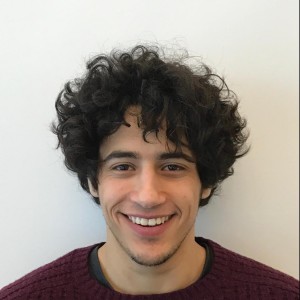 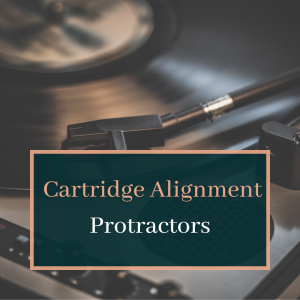